by Kiss of the Wolf in Community, Women of Kiss

It is an honor to include Barbara Migeon in our Women of Kiss Series. She pioneered human genetics at a time when there was little room for women in science. A physician, internationally known researcher, professor, and author, she achieved all this as a devoted wife and loving mother of three.

Kiss designer, Lori Bacigalupi, met Barbara at her first show in Baltimore. Barbara was with her sister Sheila, who’d come from Rochester to see the annual February Craft Winter Market. “As we passed by, Lori beckoned to us to come see her wares. We did! Needless to say, we immediately became fans of Kiss, and friends of Lori’s.”

I treasure the four silk coats that I bought through the years, the innumerable tops and the gorgeous cashmere scarves, as they are comfortable, elegant and highly packable.

Lori treasures both the friendship and the patronage of this accomplished woman. She describes Barbara as gracious, accessible and kind.

A Lifetime of Achievement

Pictured: Barbara Ruben Migeon, by Lisa Egeli, oil on canvas, Johns Hopkins Portrait Collection
We are honored that Dr. Migeon chose to wear Kiss of the Wolf for her official portrait.

Migeon is best known for her pioneering work in sex determination, X-chromosome inactivation, and cellular mosaicism. X inactivation means that in each cell, one of every female’s two X chromosomes is packaged, making it inactive. This process affects sex differences in many ways, including severity of genetic diseases.

Her book, “Females are Mosaics: X Inactivation and Sex Differences in Disease,” is in its second edition. It is the only full-length book on the subject of X-inactivation.

Migeon has also published over 160 papers. Her research has been cited thousands of times.

Migeon is a Professor in the Institute of Genetic Medicine and the Department of Pediatrics at the Johns Hopkins School of Medicine. She was the Founding Director of their Ph.D. Program in Human Genetics and Molecular Biology. During her long career, she’s mentored scores of students and researchers. She has served on numerous scientific committees related to human genetics and women in science, as well as the editorial boards of various scientific publications. Her colleagues describe her as generous, tenacious and brilliant.

Trailblazer for Women in Science

While pioneering genetics research, Migeon was also forging a path for women in medicine. She faced many challenges as a woman pursuing a medical career in the ‘50s. Each time she was faced with an obstacle, she found a way around it.

Her second book, “American Science: My View from the Bench,” describes her personal history and the advancement of women in medicine. It is also an account of a remarkable era in biomedical science.

Migeon credits much of her success to her father. Doctor William Ruben inspired in her a love of medicine and raised her to believe in herself. She left high school early and earned her B.A. from Smith College, a prestigious women’s liberal arts college. 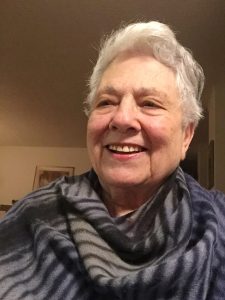 I decided it would be better to go to an all girls school where I could do what I wanted to and say what I wanted and not worry so much about looking smart.

In 1952, the University of Rochester rejected her application to medical school. The dean that interviewed her suggested: “Why don’t you go to nursing school and reapply when you finished that?”

The University of Buffalo School of Medicine accepted her application. There were four girls in her class of 75. All four had been rejected by the same dean at Rochester. That dean thought physicians should be father figures, a colleague later told her.

Initially, Migeon aspired to be a surgeon but there were no women in surgery at the time. During her surgical externship at Massachusetts General Hospital, patients often assumed she was a nurse. She decided to enter a more acceptable field for women: pediatrics.

Migeon completed her internship and residency in pediatrics at Johns Hopkins Hospital. She was unable to get a fellowship in endocrinology there because of her sex. Undiscouraged, she pursued a grant from the National Institutes of Health. She was awarded a Pediatric Endocrinology fellowship at Boston Children’s Hospital, Harvard Medical School.

After a year, Dr. Barton Childs, a pioneer in the field, offered her a position as a genetics fellow at Johns Hopkins. The NIH transferred the remaining two years of her fellowship grant there. It was 1961 and human cytogenetics was in its infancy.

Something more than her interest in science drew Barbara Ruben back to Baltimore. There was a colleague whose company she missed. Claude Migeon was co-director of the Department of Pediatric Endocrinology. He was also a handsome charismatic Frenchman and they were in love.

Claude and Barbara Migeon were married for almost 58 years, until his death in 2018. They raised three children: Jacques Claude, Jean-Paul, and Nicole.

Now 88, Barbara Migeon continues to teach, research and publish. “I still get a big kick out of what I do,” she says. “I’m able to work, so why wouldn’t I?”

Migeon says her Johns Hopkins students are a source of inspiration in her work.

I have lunch almost every day with my colleagues and graduate students. We learn from each other, and we share a real drive to know more. It’s a wonderful environment.

We expect Barbara Migeon inspires those nascent scientists as much as they do her.

We know she is a tremendous source of inspiration for her friend Lori.